Cataract types | Blurred vision, glare and other symptoms of cataract

Cataract: Types and symptoms of cataract 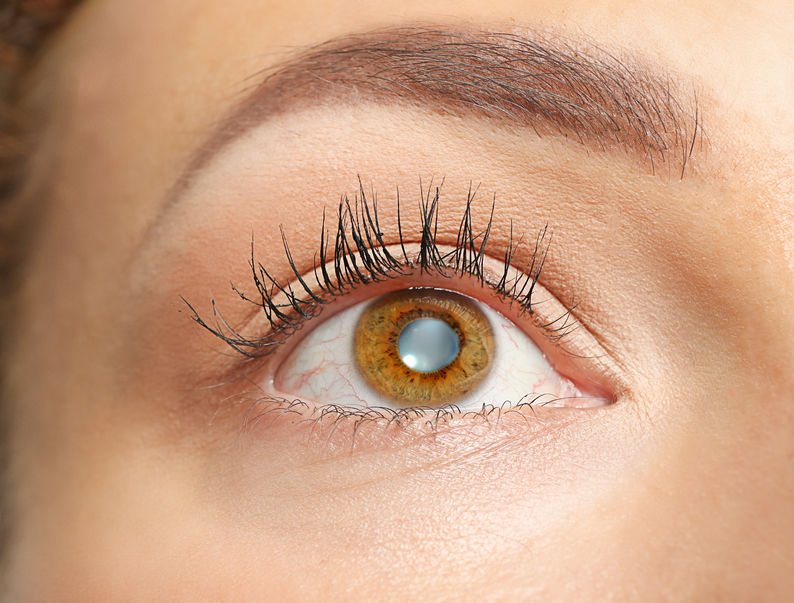 Lens is a transparent part of the eye which sits between the Iris and vitreous of the eye, which helps in the refraction of the light and focusing on the near objects. The lens is composed of water mostly up to 66% and of 34% proteins. The lens has different parts such as the Capsule which is a transparent and highly elastic structure that envelops the lens, the others include Epithelium of the lens that consists of cuboidal cells and the Lens fibers which form the substance of the cell further divided into cortex and nucleus. The last part is the zonules which helps in holding the lens in a certain position behind the iris.

Risk factors such as hereditary, genetic, infective causes, systemic diseases, increasing age and certain medications can result in the opacification of this lens, leading to a disease of the eye called cataract. It can occur at any age depending on the cause of it and can be treated depending on the severity of the disease. The development of cataract manifests in clinical features such as blurred vision, glare at night driving, double vision in one eye and even the gradual painless loss of vision. Cataract can be further divided into several types on the basis of age of the patient, location of the opacity and the severity of cataract.

The two major functions of the lens include:

Refraction– it helps in focusing the rays of light on the retina.

Accommodation– it is the mechanism of the eye by which it brings the near objects into focus.

The opacification of the crystalline lens of the eye is known as Cataract in which due to opaque lens there is blurry vision making it difficult for a person to focus and differentiate between objects. Cataracts can be Congenital (at birth), Developmental or Acquired. The following clinical features are common in patients of cataract.

In the early stage of cataract, you may not even notice any symptoms but as the cataract progresses, it affects more of your lens and distorts the light passing through the lens resulting in more noticeable symptoms.

Types of cataract based on age of the patient.

It can be due to maternal causes such as infections and systemic diseases and fetal causes such as chromosomal defects, which result in opacification of the lens of the eye from the time of birth. It manifests clinically as decreased vision, misaligned eyes, leukocoria where there is a whitish reflex in the eyes and involuntary repetitive movements of the eye called Nystagmus. It can be further divided into several types depending on the location of the lens where the opacity has formed.

There are opacities of the lens that occur in the first year of life after birth.

Cataracts that develop after infancy and during childhood.

This type of cataract occurs with increasing age and is more common in people who suffer from underlying systemic diseases or trauma such as eye injury, diabetes, and a positive family history.

Cataracts that occur before the age of 40. It can also be the progression of Infantile and Juvenile cataract.

This is also called age related cataract. It is one of the common types of acquired cataract and occurs above the age of 50 years. The symptoms of senile cataract are mainly related to disturbance of vision such as painless blurred vision that occurs gradually for both near and distance.

Types of cataract based on location of opacity of the lens.

These are opacities that occur underneath the capsule.

It is a developmental cataract involving the cortical region of the lens.

In this type of cataract, the opacity develops around the nucleus of the lens forming a brownish or white hue.

Types of cataract based on the degree of opacity

it is a type of senile cataract in which there is formation of wedge-shaped opacities near the periphery of the lens with its pointed end towards the centre of the lens. As a result of this the refractive properties of the lens get changed and features such as decrease in vision, halos around the eye and double vision are seen.

In this type the already formed wedge shaped opacities combine to form diffused and large opacities that involve the deeper layers of the cortex and it is more severe than the incipient type.

It is a type of cataract there is progressive hydration of the cortical layers of the lens which causes swelling of the lens and anterior chamber of the eye becomes shallow resulting in Glaucoma.

It is almost the end stage of cataract when the entire cortex of the lens becomes white and opaque.

If the mature cataract is not removed, the cortical fibers that have already become opaque undergo further disintegration and form a whitish mass. There will be leakage of proteins from the lens and the capsule of the lens becomes shrunken and wrinkled.

Causes and risk factors of cataract

Diagnosis and treatment of cataract

How to choose an artificial lens for cataract surgery